Celebrating Over 45 Years of Innovation in Education

History of the Posnack School

What started in 1974 as the dream of a small group of highly motivated parents has grown from a single elementary day school with 14 students into one of Broward County’s premier college preparatory educational institutions. In August 1982, the Hebrew Day School inaugurated their middle school. The middle school, a natural outgrowth of our K-5 success, broke ground for its new building in 1995 when it was already bursting at the seams with students. Originally located in Plantation, a second lower school opened in Davie in 1996 to meet the growing demands of parents and the Jewish community.

School should be a place that nurtures the mind, body, and soul of the student. Posnack School is such a place. 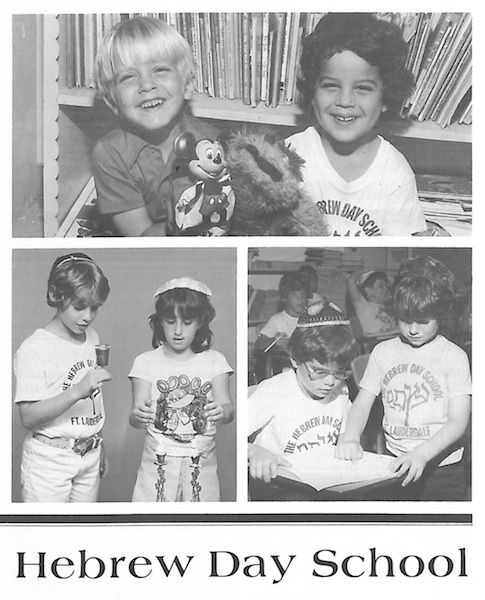 In August of 1998, the high school opened with a freshmen class of 18 students. The first classrooms were small bungalows known as the Gables. The next four years saw increases in enrollment and demands for more space. The high school utilized classrooms in the Soref JCC and occupied portable classrooms on the JCC’s front lawn. Soref Hall was used for assemblies, tefillah (prayer), and band. A new upper school building was completed in 2002.

In 2009, changing demographics and new opportunities led to a consolidation of the Plantation and Davie lower schools at the Davie location on the David Posnack JCC campus. In January 2011, the middle and high schools followed.

What’s in a Name?

Originally founded as the Hebrew Day School of Broward County, a naming gift from the David Posnack Foundation saw the school operate for many years as David Posnack Hebrew Day School. In 2011, the high school was named Paul & Maggie Fischer High School (Fischer High) following a lead gift from the Paul & Maggie Fischer Family Foundation. In 2012, the school’s name was changed legally to the David Posnack Jewish Day School (Posnack School). The middle school was named the Marcia & Joel Hochberg Middle School in 2017 following a lead gift from the Hochberg family.