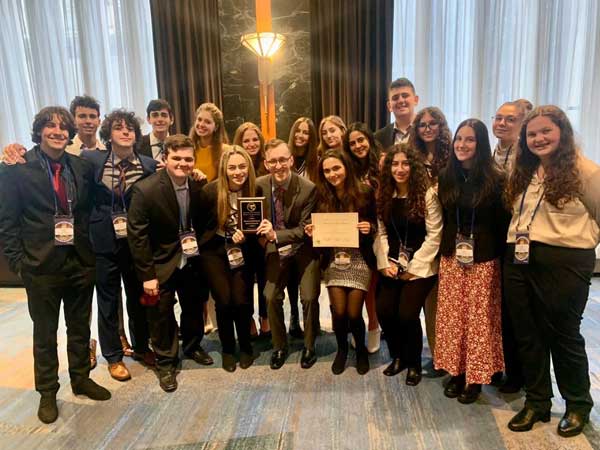 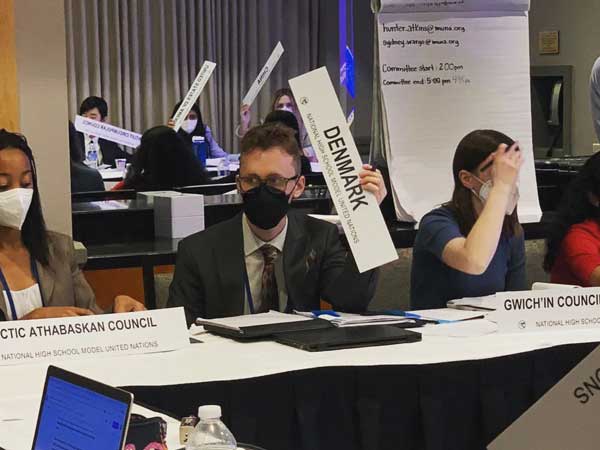 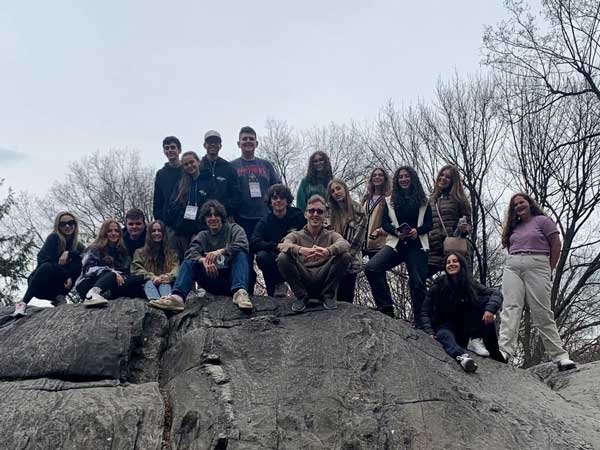 Competing against thousands of students from dozens of countries around the world at the National High School Model United Conference, the Posnack School RAMSMUN team took home a Delegation Award of Excellence in Research in Preparation. Junior Ava P.  and sophomore Sarah E. each won an Award of Excellence for their performance in committee and were chosen as plenary speakers at at the model UN closing ceremonies. Kol Ha-kavod!