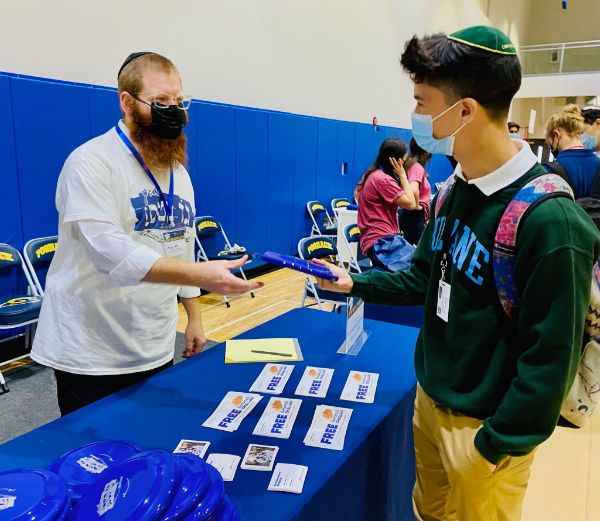 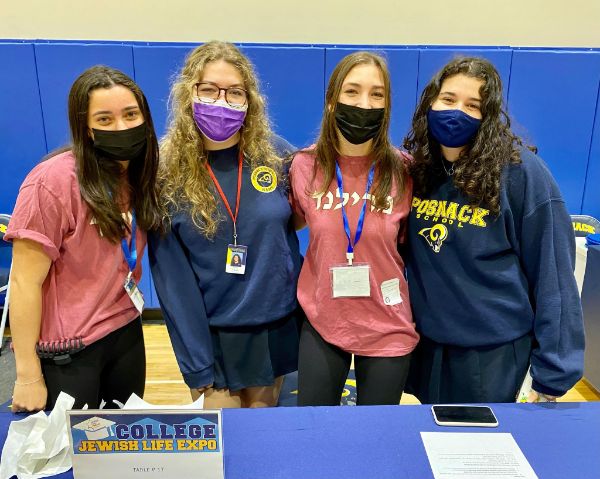 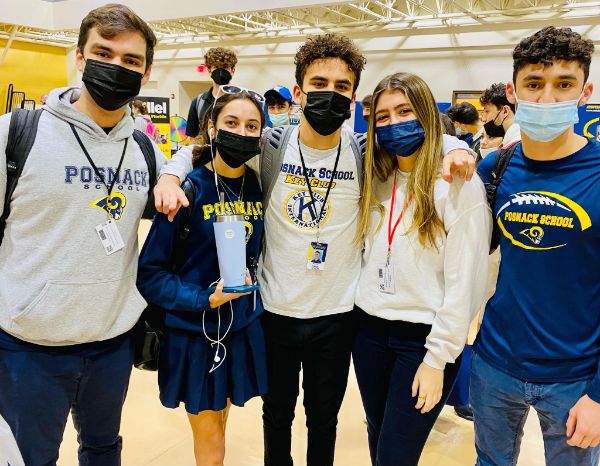 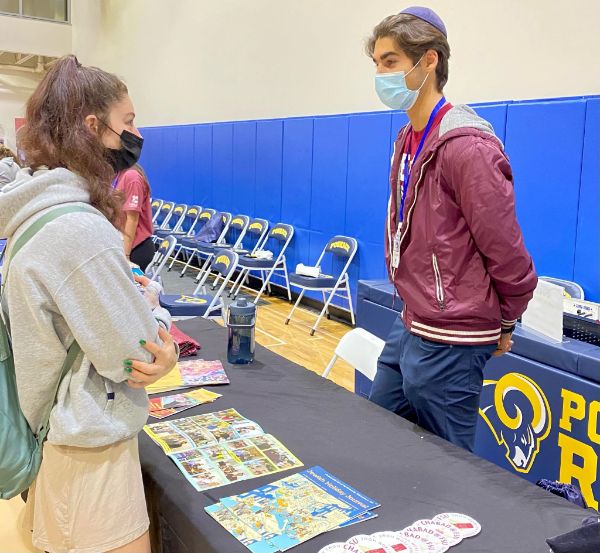 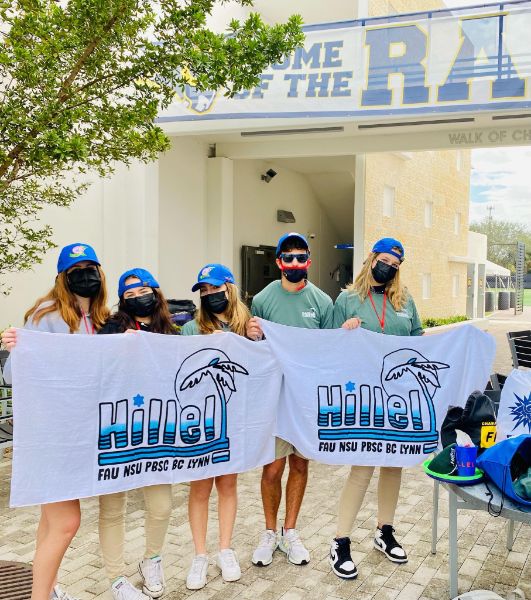 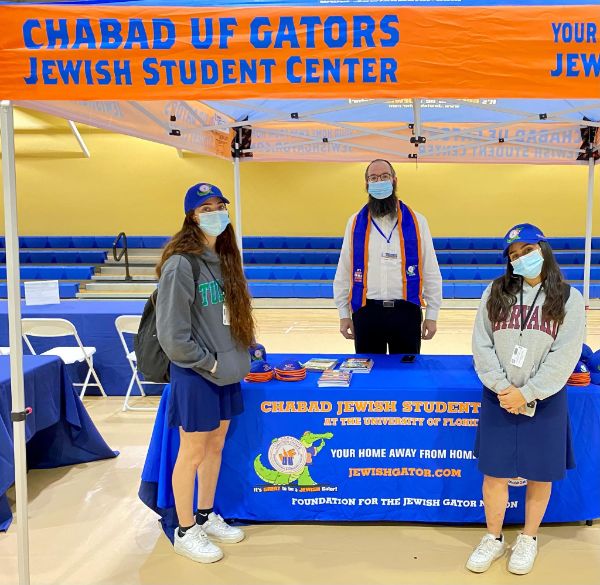 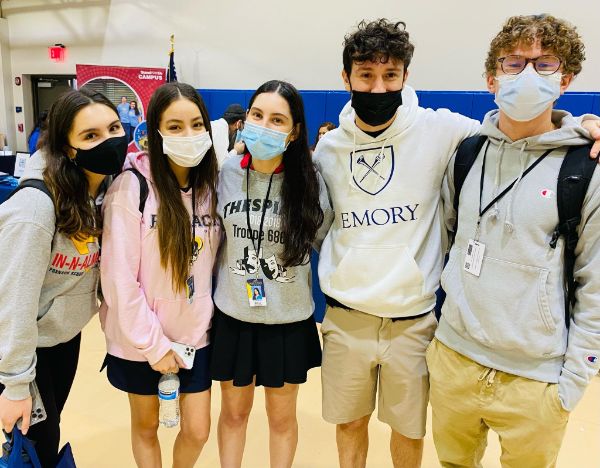 Rabbi Jonah Zinn, Executive Director of University of Florida Hillel, commented about the event. “I think it’s great how Jewish student groups from campuses across the country all come together, spanning various denominational and ideological lines to be together and to make sure that Posnack students know that no matter where they go to campus, there’s a Jewish community that is there to welcome them.”

The event is also an opportunity for colleges to get to know Posnack students better. Rabbi Fully Eisenberger, Director of The University of Michigan Jewish Resource Center loves coming to Posnack. “Posnack students are the sweetest, highly talented, open-minded, Jewish students from any type of Jewish day school out there, Posnack is, by me, number one.”

In his first year working at Posnack, High School Director of Jewish Life, Rabbi Adi Goodman discovered that many students did not plan to continue on to Jewish life in college. “Some people had a feeling perhaps that this was the end of Judaism, once you graduate,” Goodman remarked. “So that became my number one mission to show that you are just getting started…. Students should leave here, go to university, and be able to continue growing based on the strong foundation that they received here at school.” After three years of running the Jewish Life Expo and getting feedback about it from students, Goodman has fine-tuned the program to cater to students’ needs.

There are many Jewish organizations on college campuses, such as Chabad and Hillel. Jacob Wise, a Posnack alum who is a freshman at George Washington University, is very involved with Jewish life on campus. “Every Friday I go to the Chabad for Shabbat, I hang out at the Hillel, I do homework here, I go to a lot of the events that they have, a lot of social events, religious events, and I would say I am pretty involved just by being here and coming for Shabbats,” Wise said.

Wise thinks that being a member of a Jewish organization in college is very important, as it serves as an anchor that students can always go to and be supported by in hard times. For instance, on Saturday, October 30, there was a major act of antisemitism at GW. “Some people broke into one of the fraternity houses and destroyed a Torah,” Wise said. In response to this incident, Jewish groups in the area rallied against antisemitism. “We marched with a Torah, we were singing and dancing in the streets of Washington DC, which was pretty cool, and there were hundreds of people that showed up in support, which was amazing, but it is scary that that happened.”

There has been a rise in antisemitism in college and Goodman recommends not paying attention to it and getting involved with Jewish life programs, where it is safer to be Jewish. “Overall, the most crucial part of Jewish survival today is being proud Jews, and Hashem created the world and our nation so that being a proud Jew is an individual thing, but it is more important to be with a kehilah, with a community,” Goodman remarked.

Wise believes that after attending Posnack, practicing Judaism in college is much easier because of the connections students attain at Posnack. For instance, before Wise started college Goodman introduced him to the Rabbi of Chabad, and the Rabbi helped Wise make the transition to Jewish life in college.

Wise shared some words of advice for current Posnack students thinking about Jewish life in college. “I would say if it’s important to you, then do your research, you can always reach out to the Hillel or the Chabad before you get to the school and make that connection, they are glad to speak to you, answer any questions, and I would say consider it in your decision, but also know that if you are really passionate about being Jewish, you will take that with you wherever you go.”

Looking back on the amount of involvement of Posnack students in Jewish life organizations on college campuses, Goodman said: “it is really nice to see that all the hard work that you do is not going to vain, that when we go on to campus and we see that our students are attending Jewish life and they are active on Jewish life on campus, it is the biggest reward for us.”