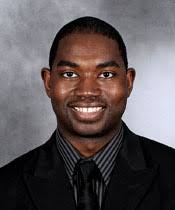 The David Posnack Jewish Day School Athletic Department is very pleased to announce that Marquise Kiffin has been named Head Coach of the boys varsity basketball team. Coach Kiffin has been with us for two years as the head JV coach and coach of the Middle School “Gold” team. Prior to joining Posnack School, Coach Kiffin spent 15 years as an assistant at Nova Southeastern University (NSU) where he developed intricate offenses and high-pressure defenses for the NCAA Division II program. Coach Kiffin has created many basketball relationships through networking and communication and is an excellent talent evaluator. He is also currently the basketball commissioner for Cooper City Optimist Club, where he runs a league with over 1,000 participants annually.

Prior to joining the coaching ranks, Coach Kiffin had a successful four-year playing career at NSU where he averaged 11.6 points, 3.2 rebounds and 1 steal per game. A durable player, Coach Kiffin appeared in 98 games during his NSU career. He was a standout prep player at St. Thomas Aquinas High School, where he was named the team’s Most Valuable Player during his senior year.

Coach Kiffin, who teaches at Pasadena Lakes Elementary School, holds a bachelor’s degree in elementary education and a master’s degree in business administration as well as a master’s degree in Marketing from NSU. He is married to Emily and they have a beautiful daughter, London, who is 21 months old. Please join us in welcoming Coach Marquise Kiffin!