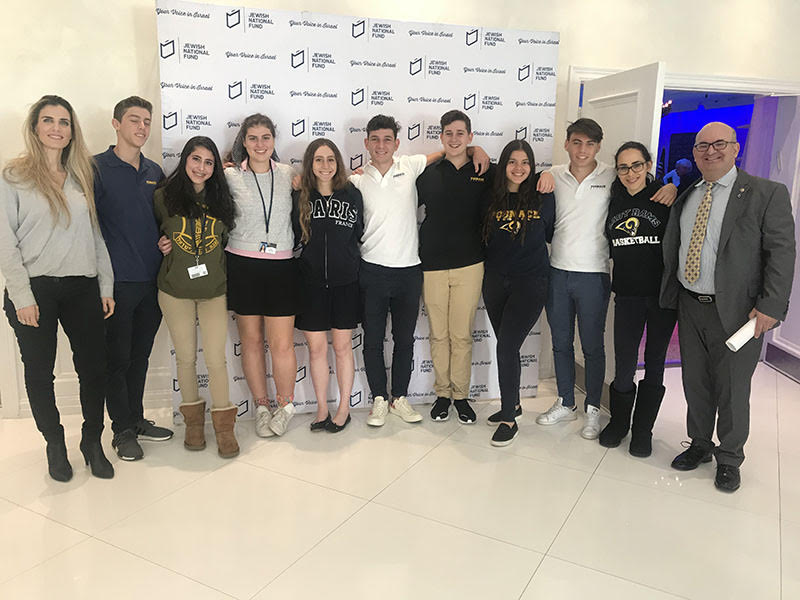 Members of the RAMs for Israel club had the privilege of attending the JNF Breakfast for Israel this week. The students had the honor to sing the Israeli and American national anthems and help collect donations from guests. In addition to volunteering, they heard about JNF’s many initiatives in Israel as well as from Ronen Bergman, one of the leader’s of Israel’s intelligence agency, the Mossad. Mr. Bergman spoke about his involvement in Israel’s many undercover operations such as the acquisition of Iran’s nuclear files. He recently published a book about his work and is collaborating with HBO on a TV series. The morning made a strong impression on the students. Kol ha-kavod for their strong support of the State of Israel.